Former England boss Allardyce was given the job of rescuing the Baggies from the drop after the Midlands club sacked Slaven Bilic last month.

Allardyce, previously in charge of Bolton, Newcastle and West Ham among other clubs, has a fine record when it comes to preserving a team’s Premier League status — something of which Guardiola is well aware ahead of City’s match away to West Brom on Tuesday.

“He’s had good and bad results, like everyone,” said City manager Guardiola of Allardyce.

“It’s not easy to take over a team during the season, but against Wolves, Liverpool and some other clubs he’s got good results.

“Sam Allardyce is a genius to take these teams when everyone believes it’s over and get results. If it happens once, twice or three times, OK you can say it’s lucky, but that is not the case because he’s done it I don’t know how many times.”

They remain in the relegation zone, six points behind 17th-placed Brighton.

West Brom, however, drew 1-1 at City last month in what proved to be Bilic’s final match in charge.

“We had chances at the end to win the game, but the way we played was not good at that time. We have to play better than we did at home to win the game,” said Guardiola.

The West Brom match was also the last time City dropped points in a Premier League, with a subsequent run of six straight wins turning them into genuine title contenders.

“I think both are connected, but we are (just) in the end of January. It’s just (thinking about) West Bromwich, seeing what they have done since Sam Allardyce took over the team, trying to analyse the individual qualities — especially up front with the quality of (Matheus) Pereira — trying to make a good game and to get another victory.”

A win for City at The Hawthorns would see them leapfrog local rivals Manchester United at the top of the table.

“The moment we all have the same games together we’ll see, but now we are not top and the distance to third, fourth, fifth and sixth is so close,” said Guardiola.

“You win one or two games you are up, you lose you are down. I don’t see much of the table. I didn’t look much when we were 12th and eight or nine points behind the leaders and now it’s the same.” 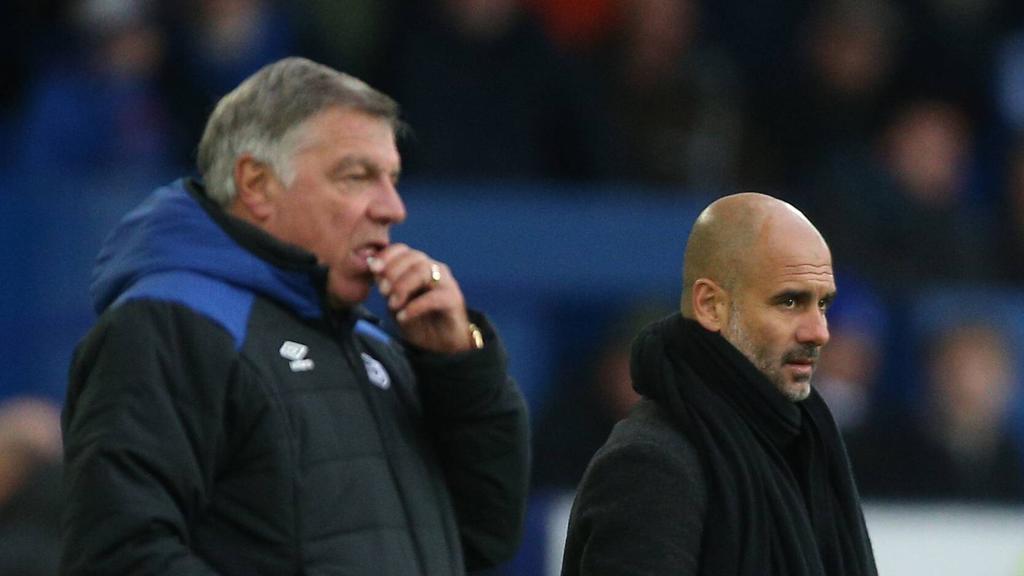