Mesut Ozil’s seven-year stay at Arsenal is set to end after reports on Saturday claimed the former Germany attacker and the Gunners have reached an agreement in principle to release him from his contract.

The 32-year-old has not played for the club since March and his reported £350,000-a-week deal was set to expire at the end of the current season.

Ozil had been expected to leave in the January transfer window with Turkish giants Fenerbahce the favourites to sign him on a free transfer.

The Athletic reported Ozil is set to travel to Istanbul this weekend to complete his move to Fenerbahce.

After starting the first 10 games of Mikel Arteta’s reign as Arsenal boss, Ozil has not featured since a 1-0 win over West Ham before the coronavirus pandemic saw football grind to a halt.

He was omitted from Arsenal’s Premier League and Europa League squads, with Arteta and technical director Edu insisting the decision to do so was down to footballing reasons.

However, a number of other factors have been linked to the decision to freeze Ozil out.

Despite being the club’s highest earner, he rejected a pay cut in April when the majority of the squad and backroom staff agreed to reduce their salaries by 12.5 percent.

In December 2019, Arsenal also distanced themselves from comments Ozil made on social media criticising China’s treatment of the Uighur population.

The early years of Ozil’s career at the Emirates after a £42.5 million ($58 million) move from Real Madrid in 2013 were a success.

He played a major role in winning three FA Cups in four years, but became a peripheral figure after Arsene Wenger departed as manager in 2018, just five months after Ozil had signed his bumper three-year deal. 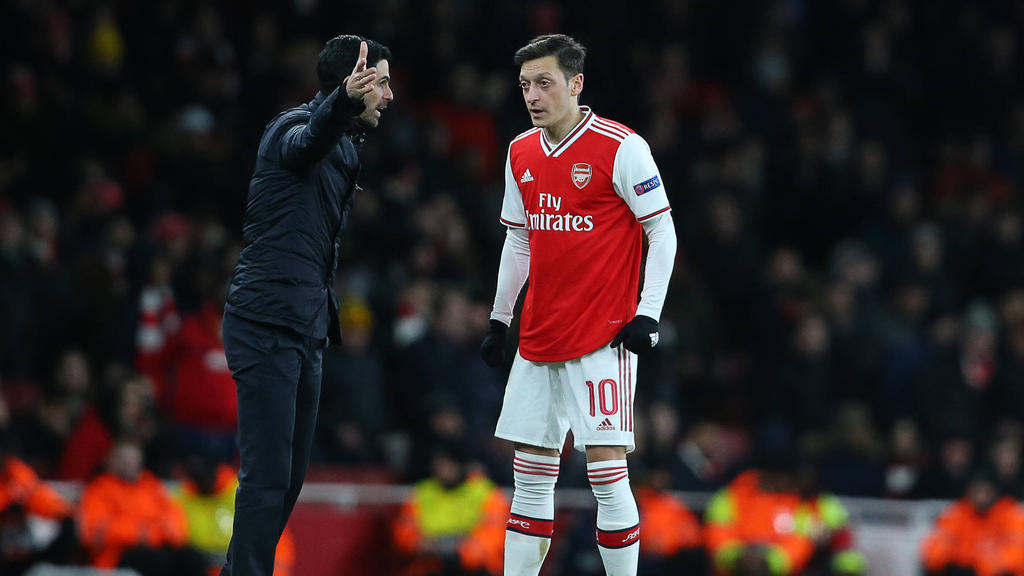 Van Dijk rules himself out of Netherlands squad for Euro 2020