Harry Kane is “optimistic” he can return from his latest injury setback in just two weeks, according

Harry Kane is “optimistic” he can return from his latest injury setback in just two weeks, according to Tottenham boss Jose Mourinho.

The Spurs striker was sorely missed during Sunday’s dismal 1-0 defeat at lowly Brighton after damaging both ankles in last week’s 3-1 loss to champions Liverpool.

The England captain has undergone scans and, according to his manager, is upbeat about a swift recovery.

He will almost certainly miss home games against Chelsea and West Brom, as well as the FA Cup fifth-round trip to Everton, but could be back to face Premier League leaders Manchester City on February 13.

“The news is pretty good news,” Mourinho told club media. “After Liverpool, no idea. Then the next day we were thinking about three weeks, something like that.

“I do not want to be super-optimistic but Harry is optimistic.

“He has the experience of some injuries in ankles and in Harry’s mind it is a couple of weeks, so let’s see if he is right.”

Kane has scored or assisted 23 of Tottenham’s 34 Premier League goals this season.

Real Madrid loanee Gareth Bale was given a rare opportunity to impress in his absence against Brighton but was largely ineffective, while Brazilian forward Carlos Vinicius went closest to an equaliser after coming off the bench.

Spurs, who topped the table in December, have now won just two of their past nine league games and are six points adrift of the top four.

Captain Hugo Lloris said the team were lacking confidence as they prepare to host Chelsea on Thursday.

“It’s the moment to stick together but there is a lot of disappointment from the players, from the manager and coaching staff, from the fans because we expect more from us,” he said.

“It’s a situation we need to fix as a team. The confidence will be back as soon as we get one good result.” 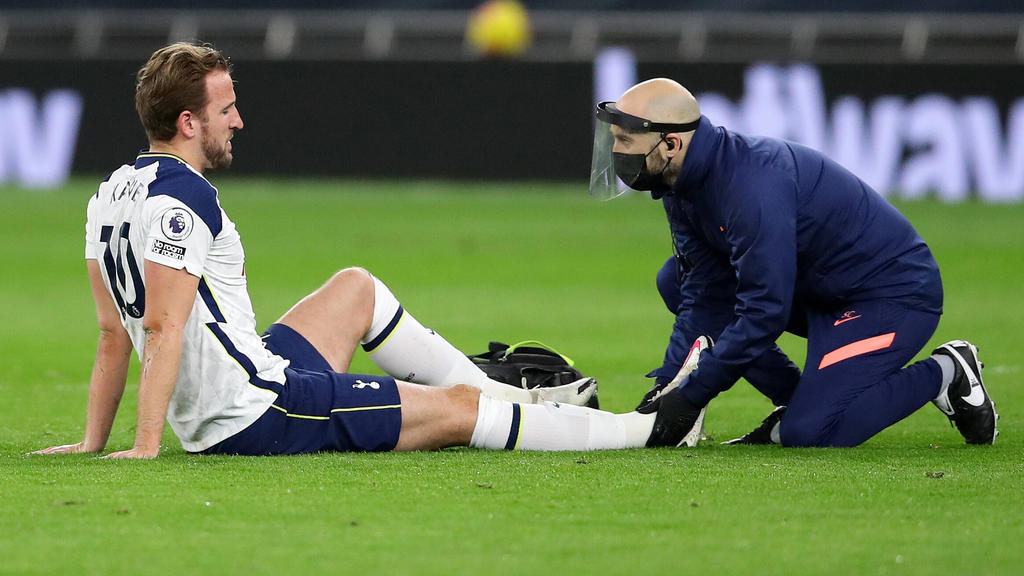