United let slip a two-goal advantage to end Ten Hag’s winning run in the final game of their pre-season tour of Asia and Australia.

United, wearing their white away shirts, exhibited their newfound attacking flair in a dominant first half, but conceded a header to Villa’s Calum Chambers in the dying seconds amid inclement conditions at Perth’s Optus Stadium marked by a soggy pitch.

“The drop of focus is unacceptable. That cannot happen,” Ten Hag told reporters.

“We have to learn from the second half that it is not possible just to be comfortable being two goals up.”

United wrapped up their tour with England national player Jadon Sancho a standout to claim his third goal from four friendlies.

They had earlier notched convincing victories over Liverpool, Melbourne Victory and Crystal Palace ahead of their English Premier League opener against Brighton on August 7.

Even though the second half collapse ended their tour on a sour note, Ten Hag was still buoyed by the signs of improvement from United — who had finished a disappointing sixth in last season’s Premier League.

“I have seen a lot of progress in the last two weeks,” he said.

“In the first half, I saw really good football.

“The guys might have been tired, but it is never an excuse.”

Steven Gerrard’s Villa, who finished 14th in the Premier League last season, struggled to match United’s energy early before storming back into the contest to finish without a defeat in their pre-season campaign.

Villa’s Premier League opener is against Bournemouth on August 6.

“People have really jumped out in that second half and let me know they want to be in the starting eleven, so I’m pleased because I was frustrated at half-time,” said former Liverpool star Gerrard.

After heavy rain and thunderstorms lashed Perth earlier in the day, there were fears the game might be cancelled due to a waterlogged pitch but the contest went ahead as scheduled.

Embattled United skipper Harry Maguire, who copped jeering from fans in Melbourne last week reminiscent of the negative reaction he received last season, had a muted response from the near-capacity crowd of 58,228.

He was in the action early with a superb header that was brilliantly saved by goalkeeper Emiliano Martinez, who was under siege.

The Argentine was helpless in the 24th minute when 22-year-old Sancho powerfully struck home the volley after Luke Shaw and Marcus Rashford combined well on the left side.

Amid torrential rain just before half-time, Sancho continued to menace with a wicked cross smacking into Villa’s Matty Cash for an own goal.

Ten Hag resisted making changes at half-time, but Gerrard’s decision to bring on winger Leon Bailey proved inspired with the Jamaican nailing a long-range shot to claw Villa back into the contest.

The speedy Bailey threatened an equaliser against a new-look United — after Ten Hag rang the changes in the 68th minute — but it was Chambers who stepped up at the death. 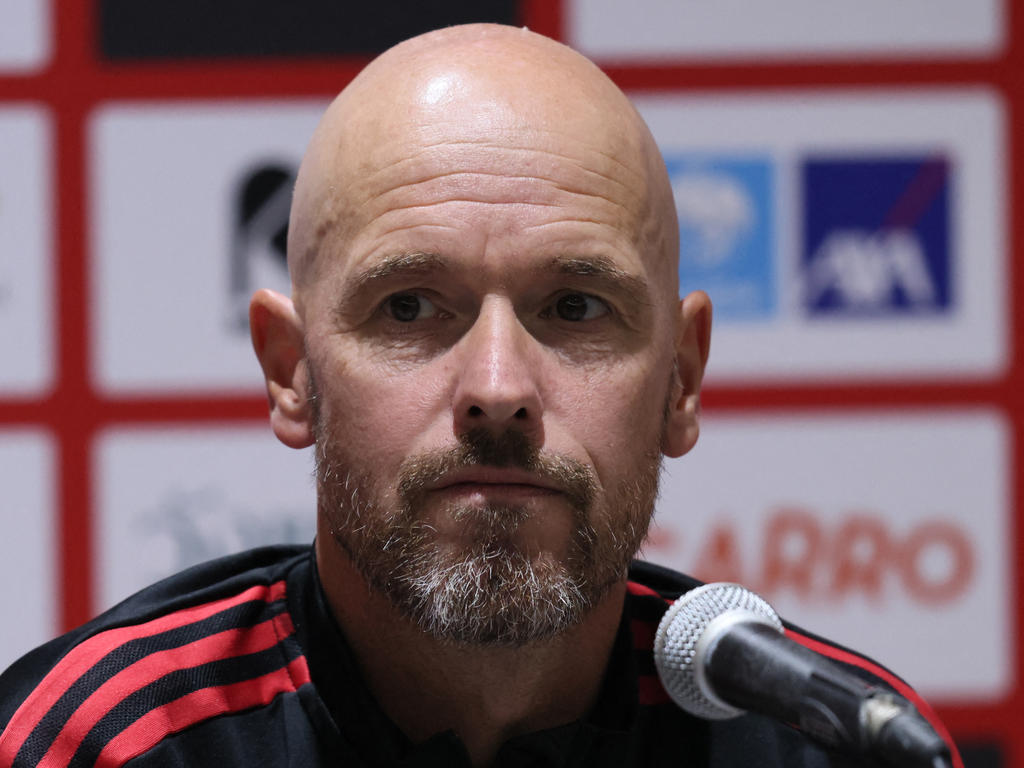